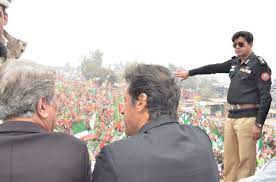 These days the Imran government, which is in danger, is holding a big rally in Islamabad today. Meanwhile, Pakistan’s Home Minister Sheikh Rashid has tried to save Imran while giving a big statement. He has said that Imran Khan will play till the last ball.

ISLAMABAD: Is Pakistan’s Prime Minister Imran Khan’s game over? At least that is the claim of Pakistan’s leader Bilawal Bhutto. Imran Khan’s rally is going to happen in Islamabad in a while. Bilawal Bhutto has said that the time for surprise is over. Meanwhile, Nawabzada Bugti has left Imran Khan and joined Bilawal. On the other hand, Maryam Nawaz has claimed that Imran Khan will leave power and run away.

‘Will play till the last ball’

However, in the meantime, Pakistan’s Home Minister Sheikh Rashid has tried to save Imran while giving a big statement. He has said that Imran Khan will play till the last ball.

Will Imran Khan resign at the rally?

Let us tell you that voting is to be held in the Parliament of Pakistan next week on the no-confidence motion against Imran Khan. Before that, Imran Khan has tried his best to hit a six on the last ball. Imran Khan’s rally is in Islamabad today. If reports are to be believed, Imran can resign in this rally.

Imran Khan’s party claims that 10 lakh people will come to the rally in Islamabad. The purpose of Tehreek-e-Insaf is to show strength to the opposition. Opposition parties have opened a front to stop the rally. Efforts are being made to close the roads leading to Islamabad. Maryam Nawaz said that Imran must have fled when we reach Islamabad.

Opposition had given notice

Political agitation has increased in Pakistan after opposition parties gave notice of a no-confidence motion in the National Assembly Secretariat on March 8. It has been alleged in the notice that the Pakistan Tehreek-e-Insaf (party) led by Prime Minister Imran Khan is responsible for the economic crisis in the country and the rising inflation.

Will the government fall due to lack of 17 MPs?

Let us tell you that Imran Khan’s party has 155 members in the 342-member National Assembly and will need the support of at least 172 MPs to remain in the government. 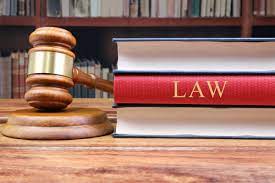