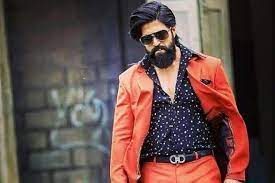 After a long wait, today the trailer of ‘Rocky Bhai’ ie Yash’s film is going to be launched today. Bollywood stars are also going to dominate the trailer launch event.

New Delhi: For the past two years, people are eagerly waiting for ‘KGF: Chapter 2’. Now the waiting clocks are about to end, because the trailer of ‘Rocky Bhai’ ie Yash’s film is going to be launched during a grand event. There is a lot of buzz about this trailer on social media. Today i.e. on Sunday 27 March, the trailer will be launched in Bangalore. Along with the South industry, Bollywood’s dominance is also going to be seen in this event. Know who is the guest of this launch event.

On April 14, ‘KGF: Chapter 2’ (KGF Chapter 2) is ready for mass release. The makers of the mega action entertainer don’t want to leave any stone unturned in the trailer launch event. Bollywood actresses Raveena Tandon and Sanjay Dutt will be seen at the mega trailer launch event, which will take place on March 27 in Bengaluru.

This mega event is not going to be hosted by any South filmmaker but Bollywood filmmaker Karan Johar. While Sanjay Dutt and Raveena Tandon are going to attend the ceremony as star cast. At the same time, actor and producer Farhan Akhtar is also the chief guest of this event.

The film will be released in so many languages

Releasing nationwide on April 14 in Kannada, Telugu, Hindi, Tamil and Malayalam, ‘KGF: Chapter 2’ is written and directed by one of the most sought-after directors Prashanth Neel, and produced by Vijay Kiragandur under the Hombale Films banner. Is. ‘KGF: Chapter 2’ is being presented in the North Indian markets by Ritesh Sidhwani and Farhan Akhtar’s Excel Entertainment and AA Films.

The film will be released on 6000 screens

Actually, recently, the producer of ‘KGF Chapter 2’ Vijay Kiragandur has revealed to the media that he has taken a big decision regarding this film. This Yash starrer film is going to be released simultaneously on 6000 screens across the country.