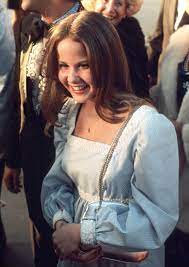 Vivek Agnihotri’s film ‘The Kashmir Files‘ rocked the box office. After the lockdown, ‘The Kashmir Files’ is the first such film, which has touched the 200 crore mark. In this film, Vivek Agnihotri has given a glimpse of the helpless pain of Kashmiri Pandits, which left the audience goosebumps. The film is getting a lot of love from the audience. But the film did create a political controversy. However, this is not the first time that a film has sparked controversy.

The film ‘Aarakshan’, directed by Prakash Jha, created a lot of controversy. Through this film, a controversial and sensitive topic like caste based reservation in the education system was raised, which surprised everyone. Many actors like Amitabh Bachchan, Saif Ali Khan, Deepika Padukone, Manoj Bajpayee, Prateik Babbar were seen in the film. The film was even banned in Uttar Pradesh, Punjab and Andhra Pradesh. You can watch this movie on Amazon Prime.

Firaaq is a political thriller film directed by Nandita Das. Based on the 2002 Gujarat riots, many true stories were shown together in this film. The film had won many awards. Not only this, Nandita Das’s film also won a National Award. However, the film was banned in Gujarat. This film is available on Amazon Prime.

The film ‘Parzania’ is also based on the Gujarat riots. The story of the film revolves around a boy who gets lost during the riots. This film was banned in India. However, the film is available on Disney Plus Hot Star. Here you can easily watch this movie.

Man behind the sun

This list also includes the name of the film ‘Man Behind the Sun’, whose story seems to revolve around Japanese soldiers. Chinese and Russian prisoners are tortured in the film. The graphics and violent scenes of the film were not liked by the audience as well as the critics. There was a lot of controversy over the scenes. You can watch this film on YouTube.

The film ‘Bandit Queen’ is based on the life of Phoolan Devi. The film depicts how Phoolan Devi becomes a dacoit after her husband dies. Phoolan Devi’s character was played by Seema Biswas in the film. Apart from these, actors like Nirmal Pandey, Gajraj Rao, Saurabh Shukla, Manoj Bajpayee, Raghubir Yadav were seen in the film. The film was directed by Shekhar Gupta. You can easily watch this movie on MX Player.

The film ‘Exodus Gods and Kings’ was in the news due to its controversies. The film was accused of apartheid, due to which the boycott of this film was demanded. #BoycottExodusMovie was trending very fast on social media. You can watch this movie on Apple TV Plus.